Tips For Giving Bake-At-Home Cinnamon Rolls As A Gift 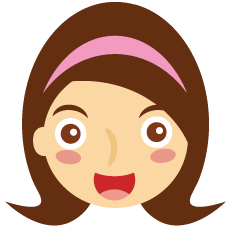 When I started to cook at home, I was really nervous about how things would turn out. Would that roast be seared enough on each side? Would that salsa have enough flavor? However, after I started feeling a little more courageous, I started trying new things that really paid off later. I realized that cooking was all about making dinner colorful and unique, and my family absolutely loved the new concepts I was trying. On my blog, you will learn about different things that make dishes unique, and how you can make dinner even more delicious than it already is.

Tips For Giving Bake-At-Home Cinnamon Rolls As A Gift

Who doesn't love cinnamon rolls? They're sweet, gooey, and loaded with delicious cinnamon flavor. They're most enjoyable when eaten straight out of the oven, which is one reason why bake-at-home cinnamon rolls make such a good gift. Your recipient can put them in the oven themselves, and then enjoy them while they're warm and gooey. If you do plan on giving cinnamon rolls as a gift, here are a few tips and guidelines to keep in mind.

Cinnamon rolls are pretty easy to make vegan, so many companies that sell bake-at-home cinnamon rolls do offer a vegan option. They are also possible to make gluten-free, so you may see some gluten-free ones for sale, too. Check whether your recipient adheres to either of these dietary restrictions so that you can be sure to order the cinnamon rolls they'll appreciate most.

Order two small packages over one large one

If you are sending the cinnamon rolls to a home where more than one or two people live — or if you just want to be generous and send your recipient a lot of cinnamon rolls — your first thought may be to buy a large package of them. But actually, a better approach is often to buy two or even three smaller packages of bake-at-home cinnamon rolls. This way, your recipient does not necessarily have to bake all of the cinnamon rolls at once if they don't want to. They can instead enjoy them on a few separate occasions.

Bake-at-home cinnamon rolls are generally shipped with ice packs or dry ice to keep them cool. They should be okay on your recipient's porch or steps for a little while, but you don't really want them sitting there for a day or two. So, before you arrange to have the cinnamon rolls shipped, check whether your recipient will be home on the projected delivery date. If they are traveling or simply won't be home, you can generally choose to have the company delay shipping until a later date.